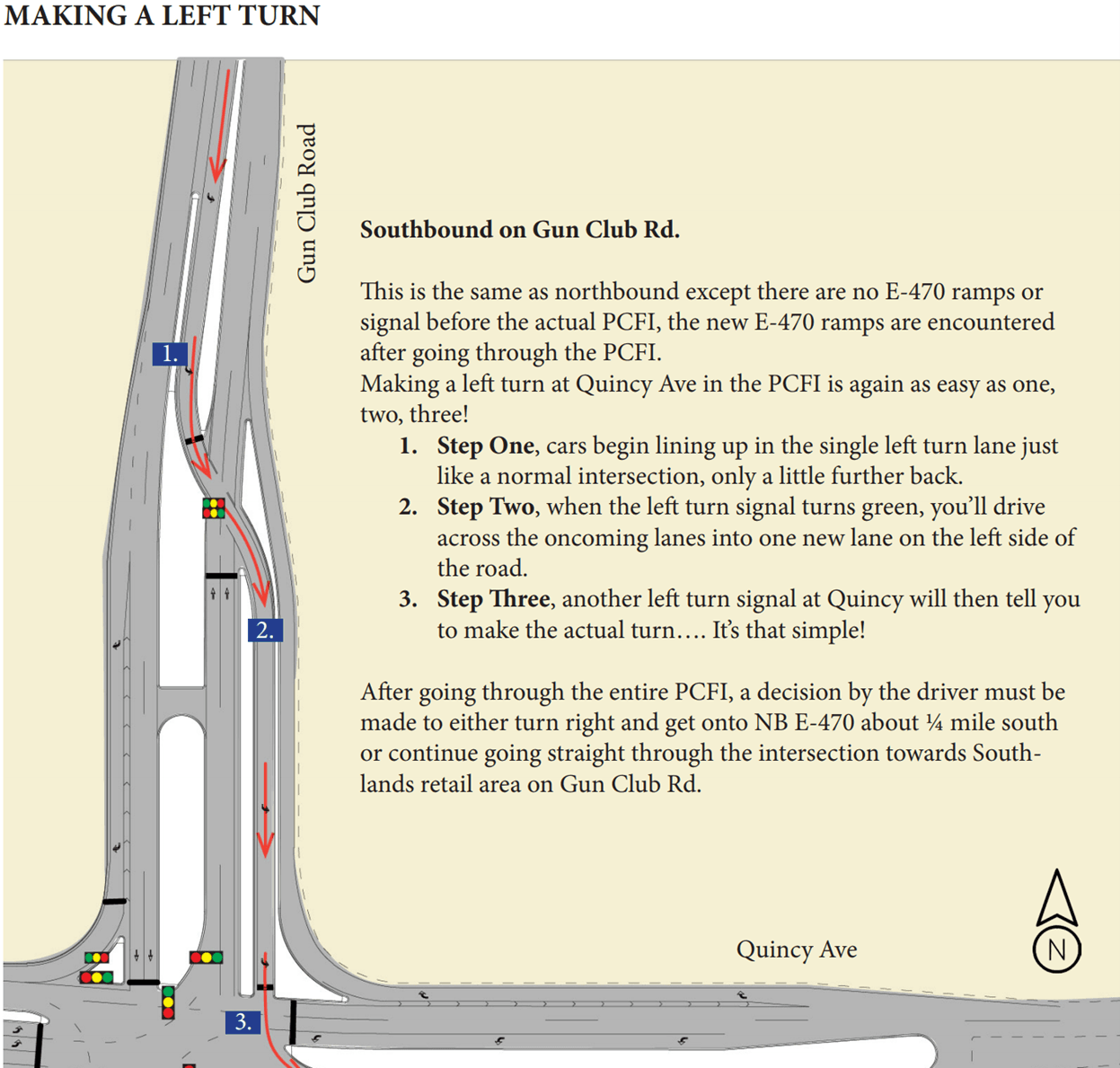 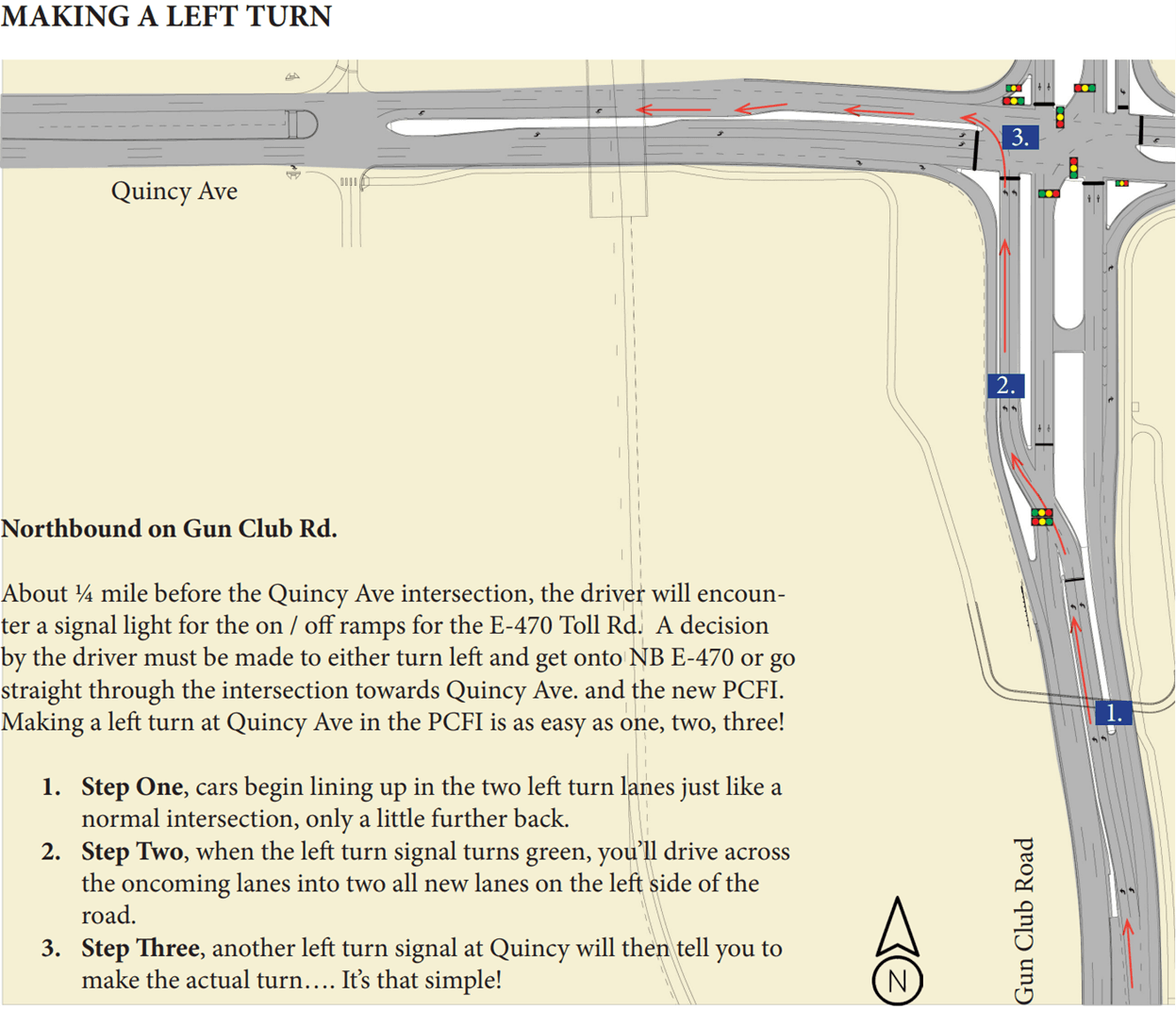 Check out how to drive the new Partial Continuous Flow Intersection at Quincy/Gun Club with this new aerial video.

The project fact sheet provides information from the functionality of the intersection to the budget and funding partners.

This intersection experienced significant congestion during peak rush hour times. Long waits through multiple traffic signal cycles were a source of frustration. The County recognizes that working on traffic congestion is a top priority for citizens.

The new intersection is called a Partial Continuous Flow Intersection (PCFI) and is a modern and efficient approach to reducing delays and travel time.

How Does it Work?

The E-470 ramps were relocated to help distribute traffic and ease congestion at the intersection. 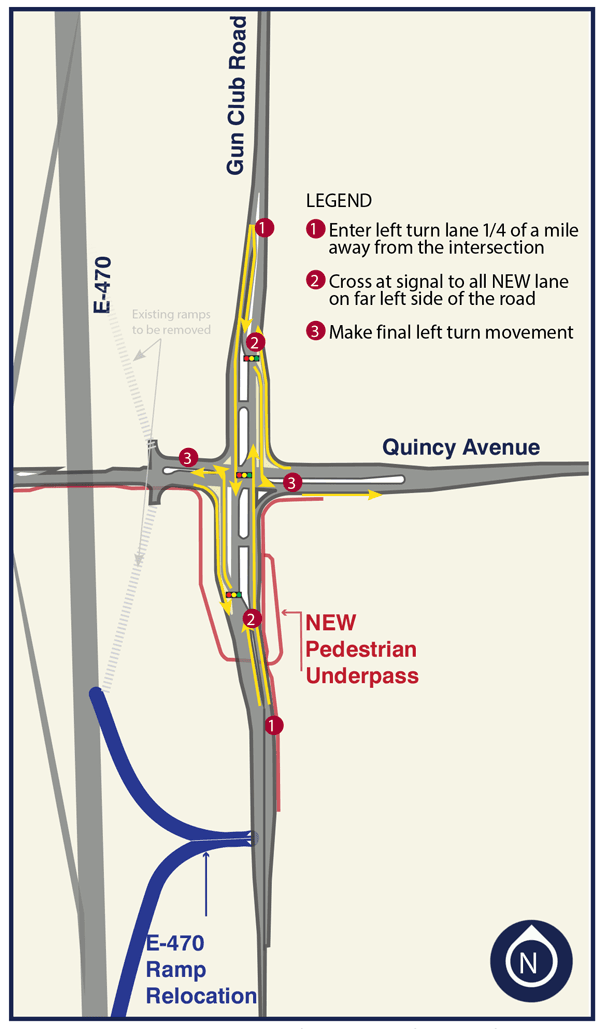 The total project is estimated at $12,870,937 with contributions from the following.