The jails of the ACSO

• No dedicated jails, courthouse, or penitentiary.

• Justice was swift; often time, trials and sentencing were carried out all in one day. People’s courts were assembled comprised of prominent residents in the community.

• Juries were made up of 3 to 12 people and court was held outdoors, allowing the greatest number of witnesses to view the procedure ensuring that the general concept of justice was adhered to.

• Three penalties were considered; 39 lashes, banishment with threat of severe punishment if seen again, and execution for the most serious of offenses e.g., murder, horse theft, or theft of a miner’s gold dust. It was not uncommon for an execution to take place the same day, usually by hanging. Sometimes a point was made to hold the execution at the exact site the murder occurred.

• Arapahoe County’s first recorded escape from jail was from the McGaa Street Jail on June 25, 1860, convicted murderer William F. Hadley, who was sentenced to hang that very day, was able to flee from its confines. 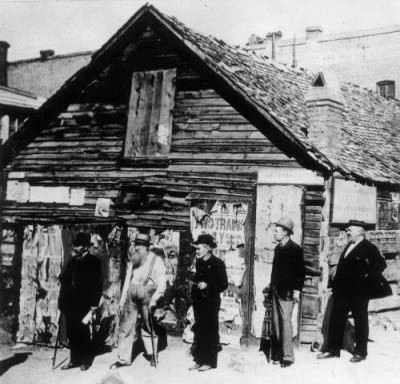 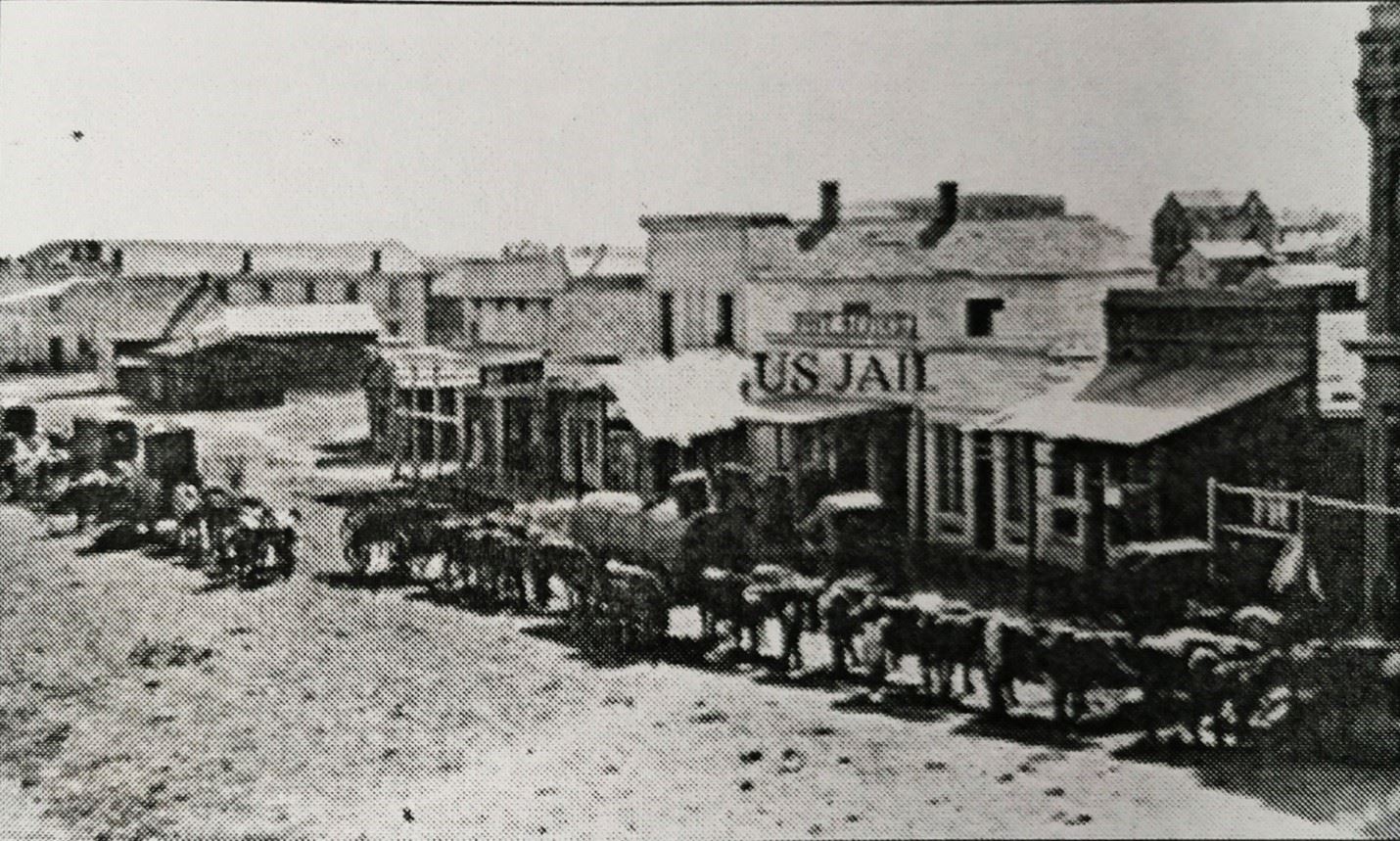 This storied jail was the site of “Wild West” lynching’s, escapes and shootouts. Photo credit: Denver Behind Bars by Lenny Ortiz, Aventine Press 2004. 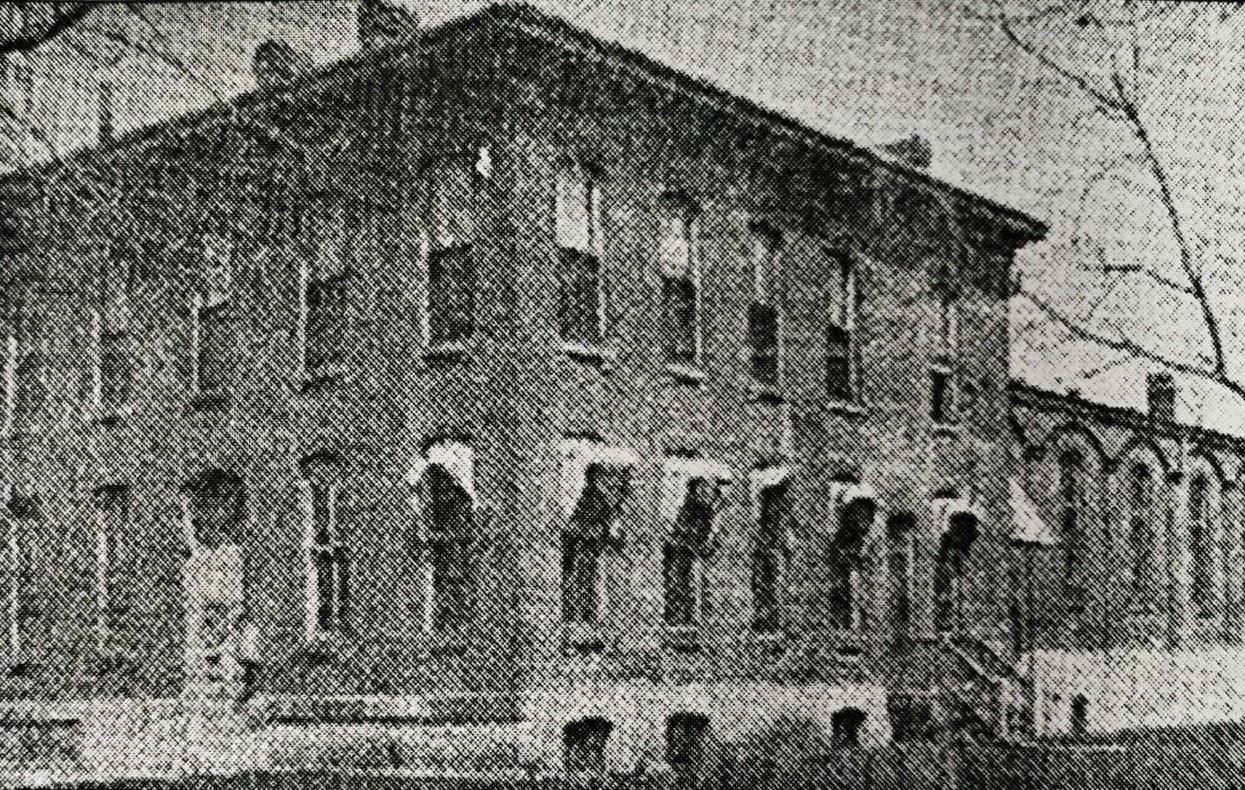 The ACSO got its second jail in 1874 and used it through 1891. It was constructed on the east side of Santa Fe Dr. at the northeast corner of Santa Fe Dr. and W. 14th Ave. It held 109 prisoners in 1888. Eventually it was converted into the first courthouse on Denver’s west side when the new Arapahoe County Jail opened across the street to the northwest in 1891. It was later razed in 1930 to make way for a newer courthouse. 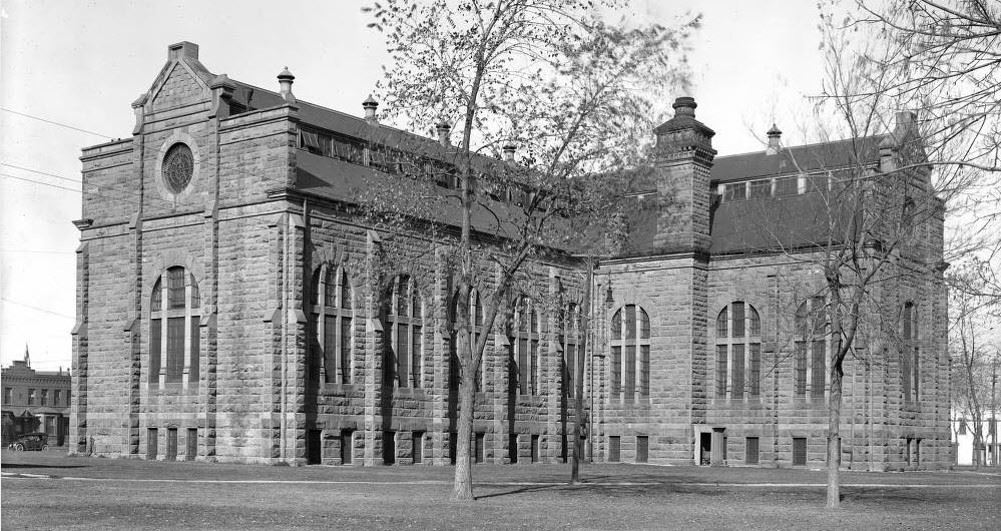 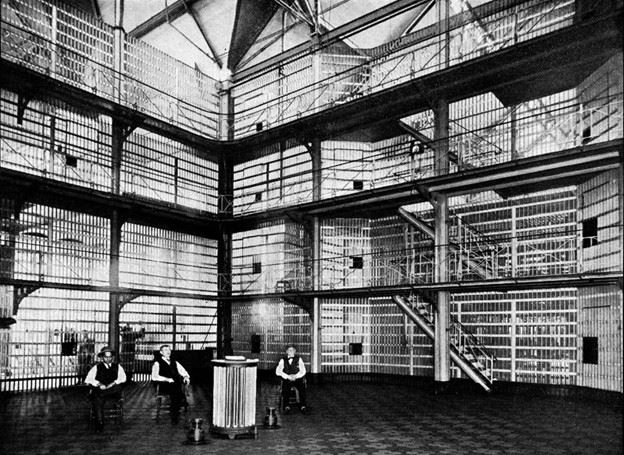 The ACSO had its third jail from 1891-1903. It was at the Brownstone Hotel in Denver. It was thought to be the finest and best-equipped correction facility in the U.S. The three-winged ‘T’ shaped building could house up to 400 inmates. It was used for 65 years.

Inside the center or “rotunda” of the Arapahoe County Jail known as “The Gibraltar” with spittoons on the floor. Use of tobacco policies were different then. Photo credit: Google 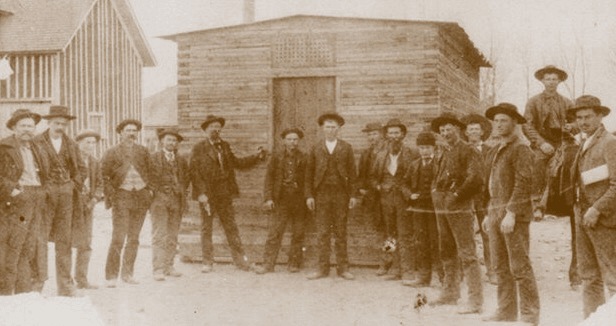 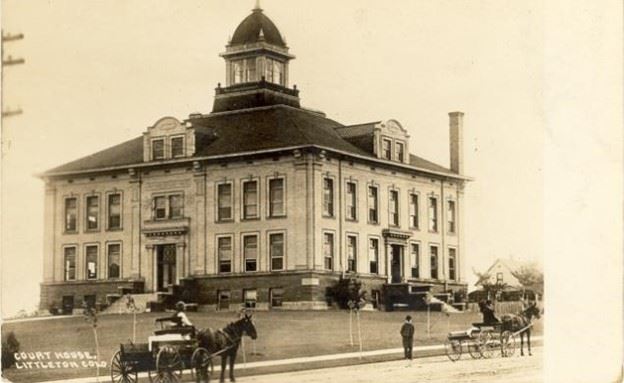 From the “Brownstone Hotel” to a wooden shack located in the young City of Littleton. (Incorporated 1890) After the turn of the century it was used by both the Littleton town marshal and ACSO deputies to temporarily house prisoners until a new county courthouse and jail was completed in 1908. By the late 1940’s Littleton formally organized its own police department. Photo credit 1880.

The Arapahoe County Courthouse, Sheriff’s Office and Jail circa 1910. 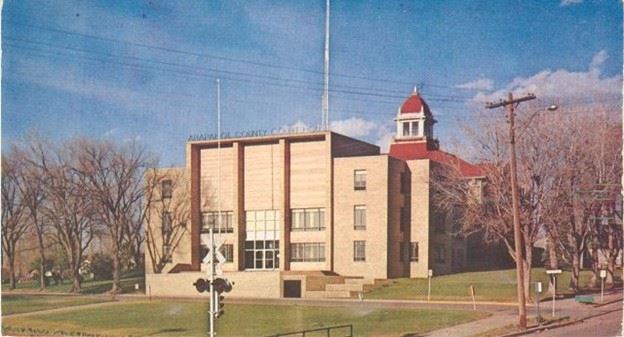 The Arapahoe County Courthouse circa 1950 with its “modern” west facing expansion wing. 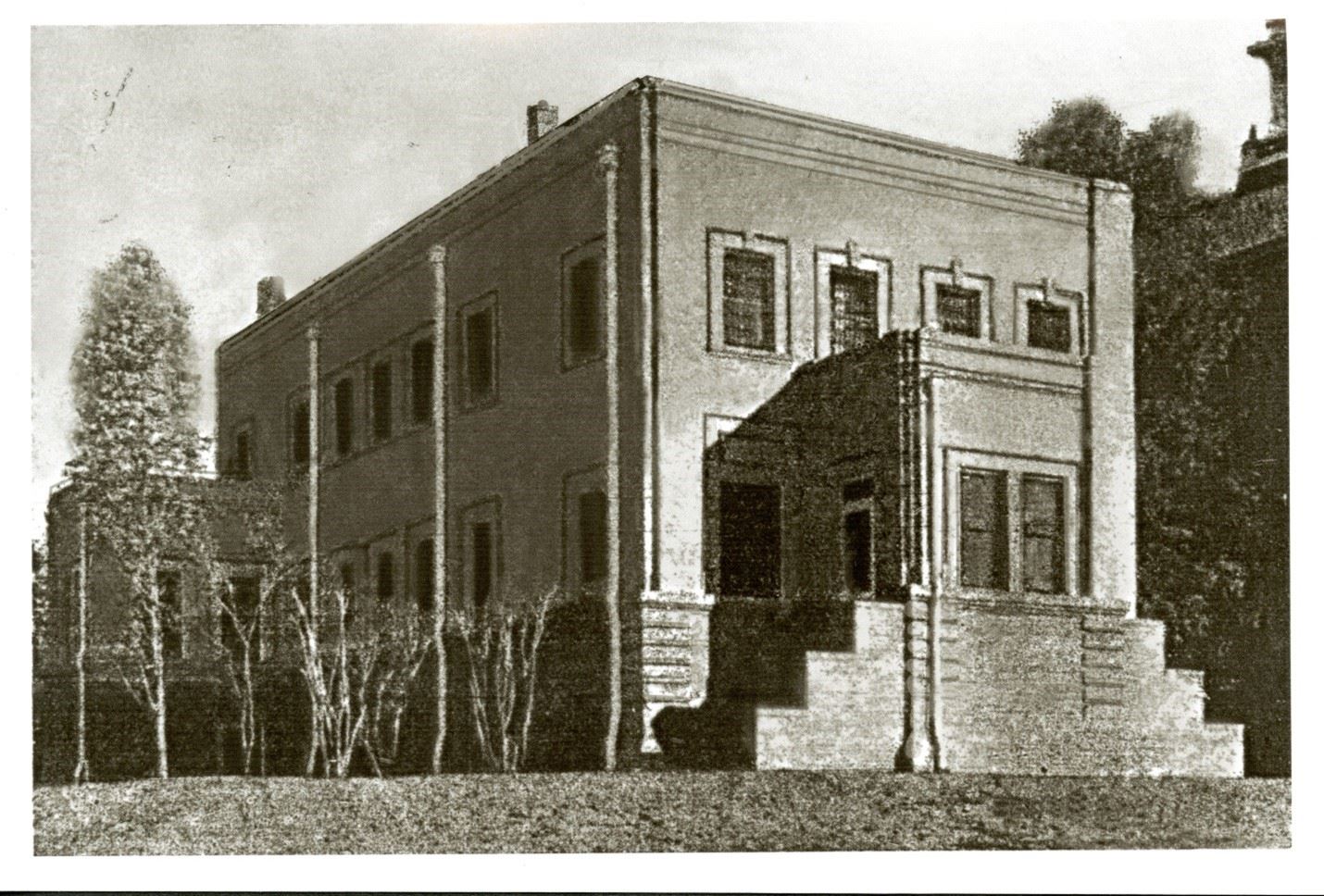 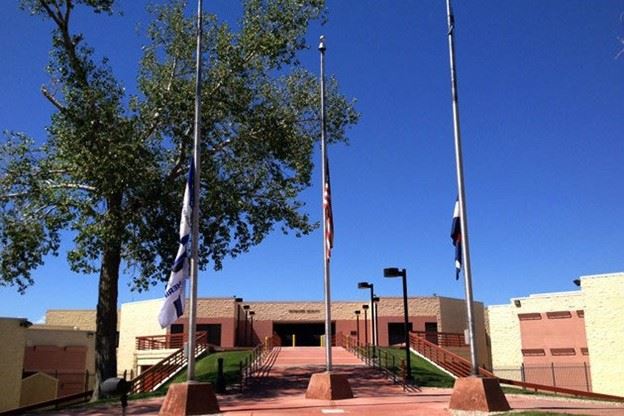 In 1934 a new Sheriff’s Office and Jail opened directly north of the existing Arapahoe County Courthouse partially visible at far right. Several additions were built onto the north side of this jail with expansions taking place in the 1950’s, 1960’s and 1970’s to keep-up with the population growth in the county.

The Arapahoe County Detention Facility was once named after the former sheriff who advocated for the construction of the facility.